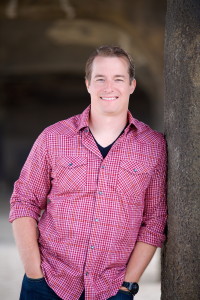 Mike Gullickson’s debut novel, the cyberpunk bestseller “The Northern Star: The Beginning,” was hailed by Examiner in 2013 as one of “The Top 5 Indie Published Books You Haven’t Read But Should.” For its sequel, the Midwest Book Review stated “. . . it’s military sci-fi and futuristic cyber-reality at its best.” And in reviewing the final novel, The New Podler Review of Books stated that “the whole series is a science fiction masterpiece.”

Mike has been interviewed as a bionics expert on Lieberman Live! (SiriusXM Howard 101) and featured on Netheads (a Kevin Smith smodcast).

The Northern Star trilogy is currently being shopped by Solipsist Film (Sin City: A Dame to Kill For, Metro 2033, Instinct) to be made into a major motion picture.

His new novel, “The Seethe,” is out now.

Mike Gullickson lives in Manhattan Beach, California with his wife and two children.

Buy The Omnibus At Amazon! 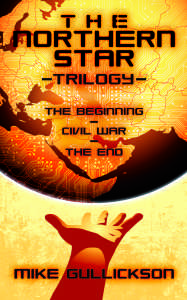 Why sign-up? Giveaways, blog updates, and author news, that's why. I'm not being defensive, YOU'RE being defensive (but seriously, I'll give away cool stuff every now and then).